The National Association of Realtors (NAR) recently published their "Aspiring Home Buyer Profile" which is an in depth look at the preferences of non-homeowners (those that rent and/or live with someone else such as family or friends that do not pay rent).

Currently, 63% are homeowners, 28% are renters, and 9% live with someone else. For that 37% that are non-homeowners, nearly 60% of them feel like now is a good time to buy a home and that generally holds true across age, income and city size. 80% of non-homeowners feel like home ownership is part of the "American Dream." Their biggest reason for not owning a home is that they cannot afford it.

At the same time, according to the survey, roughly half of current renters expect their rent to increase this year (51%). If in fact their rent does increase, most indicated that they would re-sign their lease (42%) or move to a cheaper rental (25%). Only 15% of renters said they would consider purchasing a home.  Is this a case then where "dreams" infrequently become reality?

In another article in the Chicago Tribune, "Is owning a home still essential to the American Dream?", there is some discussion around how Millennials have experienced first-hand some negative housing market situations with the bursting o the bubble in 2008. "A lot of millennials' conceptions about homeownership are shaped by the experiences they went through during their formative years," said Phoenix-based attorney James Goodnow, shareholder and director at Fennemore Craig P.C. and co-author of the book "Motivating Millennials."

"When the housing bubble burst in 2008, millennials saw their parents, their grandparents and their friends lose their homes, have them given back to the bank," Goodnow said. "And I think that caused millennials to have some skepticism of the benefits of homeownership in the way that previous generations just did not."

While the economy seems to be doing well, and unemployment is low, there is a lack of housing supply and new tax reforms that are holding potential new buyers back. According to Lawrence Yun (chief economist at NAR), the biggest impediment to sales right now and into next year is the massive shortage of supply in relation to overall demand. Prior to the tax reform act passing, he had said, “Housing demand in 2018 will be fueled by more millennials finally deciding to marry and have kids and the expectations that solid job growth and the strengthening economy will push incomes higher. However, with prices and mortgage rates also expected to increase, affordability pressures will persist.”

His expectation at that time was that existing-home sales should grow by 3.7% in 2018. However, he had revised this statement saying, “Existing home sales will probably not make gains in 2018 even as the economy creates more jobs." If his forecast bears out, it would mark the first year of flat or falling home sales since the housing crash 11 years ago.

The steadily improving U.S economy, sustained job growth, and rising confidence that now is a good time to buy a home should pave the way for an increase in existing-home sales in 2018, but continued supply shortages, and passage of a tax bill that disincentives homeownership, threaten to handcuff what should be stronger activity. That is according to a residential housing and economic forecast session here at the 2017 REALTORS® Conference & Expo. Lawrence Yun is chief economist and senior vice president of research at the National Association of Realtors(r). Yun oversees and is responsible for a wide range of research activity for the association including NAR's Existing Home Sales statistics, Affordability Index, and Home Buyers and Sellers Profile Report. He regularly provides commentary on real estate market trends for its 1 million Realtor(r) members. (PRNewsFoto/National Association of Realtors) Lawrence Yun, chief economist at the National Association of Realtors®, presented his 2018 housing and economic forecast and was joined onstage by Ken Rosen, chairman of Rosen Consulting Group and UC Berkeley's Fisher Center for Real Estate and Urban Economics. Rosen addressed the primary causes for the depressed U.S. homeownership rate and shared his proposed ideas, highlighted in a white paper released earlier today, on how to ensure more creditworthy households can enjoy the personal and financial benefits of owning a home. 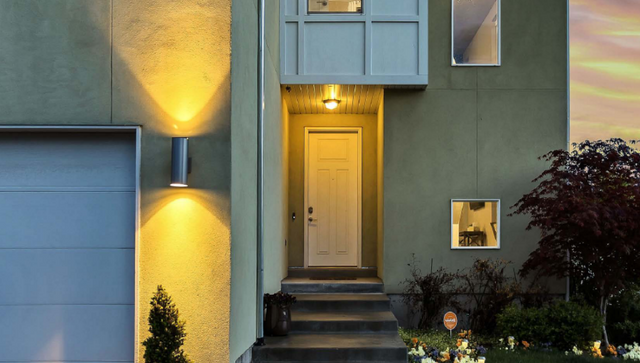 Be smart with your global expansion
Joe Benevides

2020 predicted to be solid, not spectacular, year for real estate
Joe Benevides