In his 2016 article, "Why It’s “Uber and Out” in China," Dean Foster states, "China is 360 degrees opposite, geographically, historically and culturally, from the West, and consequently, the way business is done is also 360 degrees different." In the article Mr. Foster goes on to explore the impact of the contrasts of Chinese and Western cultures to highlight why ultimately some companies fail to gain traction in China.

In this latest article, Mr. Foster provides his Top Ten CultureClues for Doing Business in China. These "do's and don'ts" may help you prepare and move you a bit further down your path to developing a truly "global mindset" that ultimately leads you to cultural competence.

According to Expat Arrivals, one of the world’s largest economies, the People’s Republic of China brims with history and opportunity. Economics may be a global language, but some expats doing business in China can find integrating into Chinese culture a big adjustment and many invest in cross-cultural training to ease the process.

Doing business in China is not always easy. A government that is uncomfortably imposing for many Westerners and a sometimes-debilitating language barrier are too much for some to cope with and it is not uncommon for an expat to leave before their contract expires. Add to this a somewhat complicated visa process and the high cost of starting a business in China and you have a challenging expatriate landscape.

These factors contribute to the country's overall ranking of 78th out of 190 countries in the World Bank’s Ease of Doing Business Survey for 2017, marking a slight improvement from its 2016 ranking of 80. Factors for which China scored badly include dealing with construction permits (177th), starting a business (127th), and paying taxes (131st). China did, however, perform well for enforcing contracts, for which it ranked fifth.

Despite any of these downsides, there are obviously many upsides as the number of foreign workers in the country has been steadily increasing over the past two decades as more expats arrive to chase success in China.

Is your company moving talent to China?  Then you might want to check out these:

Working abroad is different. The food is different. People dress differently. People behave and even think differently. So why shouldn’t the way they do business in different cultures also be different? In many ways, it is, and you need to know before you go. Especially true if your competition knows the cultural rules, and you don’t. In the new “global world”, crossing borders is easy; crossing cultures is hard. So here are some important top ten CultureClues to successful work in dynamic, and very different (at least in relation to the West) China: 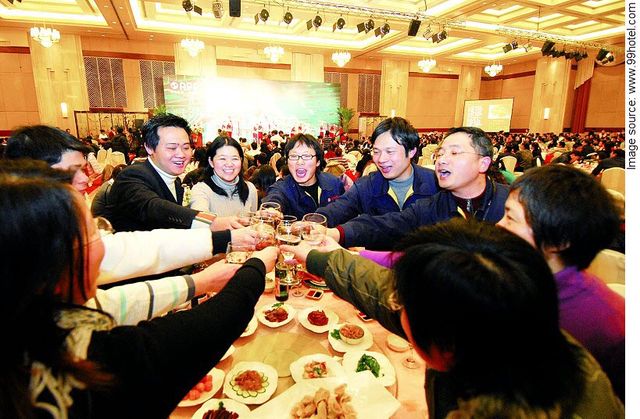 Do You Know Your Top Ten CultureTips for Working in China?: https://t.co/8TG37esQte
Have a Happy new Year of the... https://t.co/rFlvOu6QFe