The HSBC Expat Explorer survey confirmed that Singapore remains the top expatriate destination with the Asia Pacific region, at least from an expatriate perspective. With one out of every four people being a “foreign worker,” there are approximately 600,000 professional and managerial expats.

Of those, 62 percent of the expats living in the country said their earnings prospects are better than at home and 59 percent said it is a good place to progress their careers. And yet, while there are many pros to living in Singapore — low taxes, banking, safety, language, efficiency, incredible food, first class schools and medical care — there are a few cons.

The weather is actually a con as for some expats, it being too hot, humid and very rainy from November through January. And a heavy dose of consumerism can be tiring. Singapore is known as a high end shopping mecca and appeals to travelers across the region as a “shopping destination.”

And then probably the biggest issue for Singapore residents is the high cost of living. Housing costs are incredibly high, as are the costs for international schools. And then there are the prices that come along with anything that is foreign made that expats may want to purchase, such as designer clothing, alcohol and motor vehicles. The reality is that Singapore just topped the Economic Intelligence Unit’s 2016 Worldwide Cost of Living Survey as the most expensive city, for the third year in a row.

English is spoken widely. So long as you’ve got an employment pass, formerly called a work visa, all the basics, such as local bank account, credit cards, cable and Internet service, should swiftly follow. The city is considered exceptionally safe by any measure. There’s no worry about drinking the water or letting older children play outside or wander city streets on their own. “Moving in, renting, getting a work permit is easiest here than in any of the eight or nine cities in Asia where I have lived,” Martin said. “Plus there’s a classic expat crowd from all over the world. People make friends fast. There are great clubs and associations. Cycling is big.” 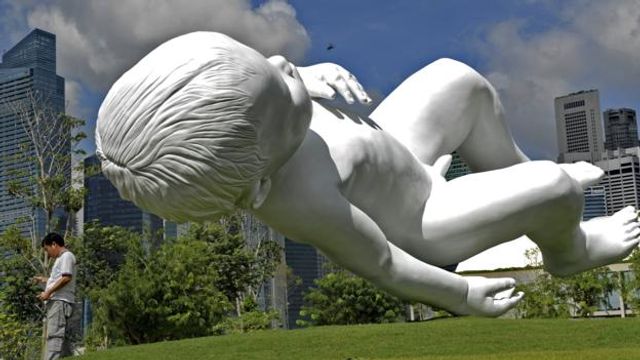