On Jan. 28, we will be welcoming in the Year of the Rooster. To be more specific, 2017 is the Year of the Fire Rooster. In addition to the 12 animals of the Chinese Zodiac, each year is also associated with one of five elements: gold (metal), wood, water, fire or earth. So Fire Rooster years come around every 60 years, meaning the last one was 1957.

Those born in Fire Rooster years are considered to be trustworthy, with a strong sense of timekeeping and responsibility at work.

This is the busiest time of year in China and the most important holiday, with an estimated 2.98 billion trips having already taken place from Jan. 13-20. Peak travel occurred on Jan. 23, with 83 million passengers travelling on all forms of transport.

There are an estimated 277 million migrants within China working in different cities. The Chinese New Year allows these migrant workers to travel back to their rural hometowns to see their families. The first day of the Lunar New Year starts on Jan. 28 and lasts until the fourth day of the first lunar month on Jan. 31, which is a statutory long holiday period under the country’s labour laws.

Having said that, this national holiday begins 15 days before the first day in the Lunar New Year and ends 25 days after, totaling up to a 40-day period.

When moving people in or out of China during the Chinese New Year, also called the "Golden Week," global companies will need to incorporate delays for their relocating employees.

Beijing, Shanghai, Guangzhou, Shenzhen, Zhengzhou, Hangzhou, Suzhou and Dongguan top the list of travel destinations this year, according China’s online travel website Ctrip and the online search giant Baidu. Popular destinations among inland areas and cities include Jinan, the capital of Shandong province, and Kunming in Yunnan province. Using train and plane ticket sales data provided by Alitrip, ‒a division of the e-commerce giant Alibaba that owns the South China Morning Post, the tidal waves of travellers heading home can be visualised in the map above. 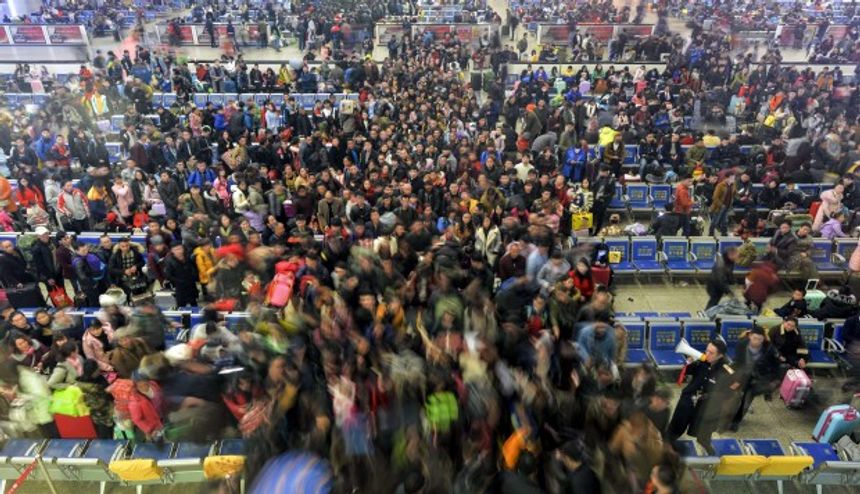 ICYMI: Is it time to buckle up for a crazy ride or will 2022 quit quietly? Let's consider what's impacting global mobility today and tomorrow.
Chris Pardo
repost  cancel