We help move thousands of people all over the world for our clients and we know a lot about hundreds of locations across the globe. Additionally, we have continued to watch the ongoing trend of companies trying to be more cost effective in moving talent by utilizing permanent transfer policies more frequently.

Recently, I asked a few people around the office, "Hey, if you could move anywhere in the world, where would it be?"

A couple of people on our consulting team (Mary and Katie) said Thailand.  Katie said, "Bangkok, Thailand. The happiest people and the spiciest food," and Mary said, "Chiang Mai, Thailand.  I love the walkability of the city, pace of life, food, access to many cultures, climate and how far my money went!"

Gina said, "I’d move to Cognac, France. It’s a charming city that isn’t too big or too small and  you’re close enough to Paris to enjoy all that that city has to offer. The city is surrounded by vineyards and is full of history. Oh, and  you can get some pretty good cognac there too!"

Very quickly and emphatically, Stephanie shouted, "Ireland!!! I like the green scenery, the cooler misty weather where I have to wear big cozy sweaters, but it is near the ocean, and I can find a handsome Irish bloke with a herd of sheep."

Sarah said, "I’m gonna go with Spain. Valencia or Granada." When asked why, she said she likes the people, climate, language, arts and history. "

Madeleine chose Glasgow, Scotland. She gave me some great reasons --

1. Because her brother and sister-in-law live there.

2. She loves the history, culture and architecture of the city (Hogwarts Castle was modeled after the university in Glasgow).

3. Everyone speaks English, but you still get the awesome Scottish accent.

4. It’s a very large city, but everything feels so quaint like you can walk/bike anywhere and grab food at a local market."

Then there were a few people that really like the United States.

A different Katie said she would like Chicago because it is on Lake Michigan, and she likes the shopping, and big city vibe.

Mike said, "My first thought would be to stay put…I’m pretty comfortable here in the Twin Cities (Minneapolis/St. Paul). But if I did move, I think the Pacific Northwest would be my destination. Maybe Portland or Seattle, or perhaps Vancouver (which we all know is in Canada, but I am just telling you what he said). I don’t love hot weather, but I also don’t need a ton of snow. I visited Seattle once, and I liked the vibe. Seemed like a good pace of life out there, with plenty to do."

I only asked 10 people, but Gallup actually interviewed more than a half million. Interestingly, about 13% of the world's adults stated that they would like to leave their country and move somewhere else permanently.  The United States, UK, Canada and France ranked among the top destinations.

Where would you go? 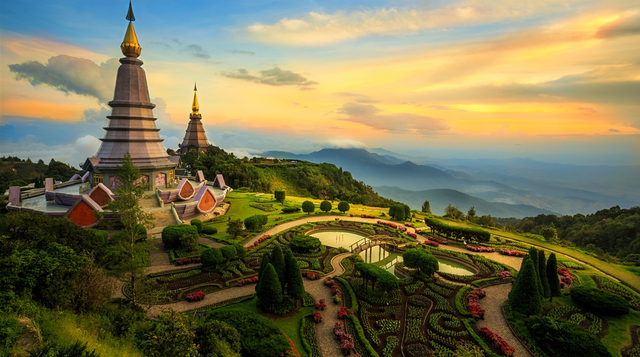