The flexibility in being eligible for permanent residency in China can affect the assignee and a company's future plans in many ways.

In past years, permanent residency was difficult to obtain in China for foreigners. Many of the rules have been eased or made more attainable to allow for more highly skilled talent the opportunity. It's imperative to keep in mind that, the application and extension of a working permit for an expat may require some financial or relocation support from the company to reflect the sustainability of the expatriates staying in China.

The new rules make obtaining a permanent residence slightly easier, and the change allows more flexibility for corporates in localizing the expatriates or increasing the talent pool available in the Chinese market. This is all in due part because more expatriates have the opportunity to gain their permanent residency. Those who have held a job in China for four years in a row and have been a resident for at least six months each year, whose annual income is higher than six times the annual average worker’s wage in their city of residence, and who pay at least 20 per cent of their income in taxes, are eligible for permanent residence under the new rules.

The new rules should also help China attract ethnic Chinese talent to move to China now that they are eligible to apply for permanent residency. "Those with a doctoral degree, or who have worked in what the ministry called key development areas for four years with a stay of at least six months each year are now also eligible for permanent residence."

According to the South China Morning Post, “The policy shift followed a review of measures introduced in free trade pilot zones, renovation reform model areas or national-level new areas in 16 provinces and municipalities in 2015. These zones were created to test economic, financial and social reforms.”

The new rules take effect in August with the new immigration bureau to manage an ever-increasing number of foreigners that are coming to work and live in China. Overall, the new process should be more manageable and a better experience.

The policy change will enable sought-after talent from abroad to apply for long-term visas. It will also make it easier for overseas entrepreneurs to launch a business in China. Prior to this relaxing of visa rules, only workers from abroad who made “major and extraordinary contributions” while in China or who filled a skills shortage in a particular sector could successfully apply for permanent residence. Individuals with in-demand skills and also those whose annual income or taxation reached a specific threshold can apply for permanent residence . Those from abroad that have held a job consecutively for four and have been resident in China for a minimum of six months each year with an average income six times higher than the average in their city of residence, are eligible to apply for permanent residence under the new policy. 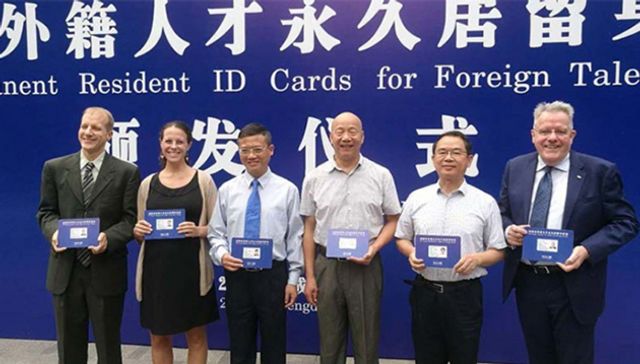 Will virtual assignments become the next critical policy in the mobility toolkit?
Chris Pardo

How to "go to gemba" in your mobility program
Chris Pardo