The "Smile States." If you have not heard the term, here's a fun article from Mike McNamara ("Moving Up Market? Career Change? The “Smile States” Are Crushing It!") that shares what they are, and why they are attracting companies and talent. As he explains, if you print a map of the United States and drew a Sharpie line from roughly Washington state down through northern California then across the bottom third of the country and back up to Virginia, Maryland and up through Massachusetts, it would look like a smile.

Based on 10 years of growth models, Mike notes that "our population is coming from the north/center of the country and moving left, right, or down. In addition, no state income taxes in Texas, Florida, Nevada, etc. are extremely attractive to high wage earners and retirees. Couple this with corporate tax incentives in states like South Carolina or Alabama (drawing HUGE automotive investments – BMW, Mercedes, Hyundai, Honda, Volvo etc) and you get the picture."

Others are talking about the smile states, too. In this recently published article by Time Magazine, Doug Yearly, CEO of Toll Brothers, reinforces with their own data where Americans are moving, how house designs are changing and what the most popular paint colors are these days. He details that buyers are leaving California and flocking to cities like Reno, Nev., and Boise, Idaho, as well as relocating to warm-weather states like Texas and Florida. They expect the trend to continue pretty intensely for the foreseeable future.

Additionally, U-Haul's annual migration report reveals how many one-way U-Haul vehicles enter a state versus leave a state. Tennessee (top of the list), Texas, Florida and Ohio had the greatest differences between how many came versus left their respective state.  California, Illinois and New Jersey had the least one way arrivals!

Then, New Jersey Business Magazine highlighted some of the findings from the 2020 National Migration Study by United Van Lines, which revealed for the third straight year that New Jersey ranked tops for the state with the most outbound moves. The top reasons for leaving were retirement and lifestyle. For every seven people who left, only three moved to New Jersey. The survey also reveals that those at the highest income levels were more likely to leave the state. The other states experiencing the largest exoduses were New York (67% outbound moves), Illinois (67%), Connecticut (63%) and California (59%). Idaho was the state with the highest percentage of inbound migration (70% inbound moves), flipping the script on New Jersey. The other top inbound states were South Carolina (64%), Oregon (63%), South Dakota (62%) and Arizona (62%).

Last year, more residents were moving out of New Jersey than into the state, as 70% of moves were outbound, according the 2020 National Migration Study by United Van Lines. This is the third consecutive year New Jersey has been ranked the top state for outbound moves. 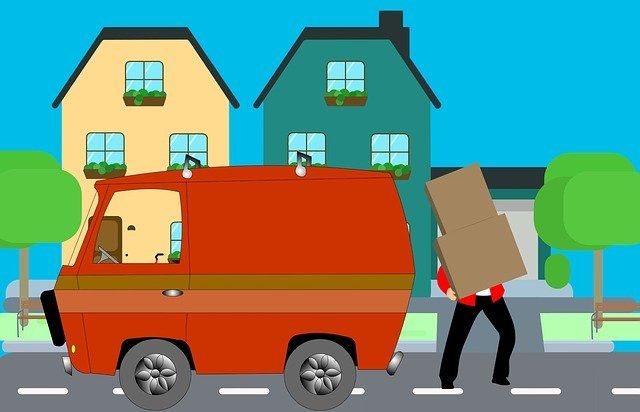 South Dakota’s reputation as the land of the free is grabbing national attention. United Van Lines’ 2020 National Migration Study ranks South Dakota as the fourth most popular location nationwide where its customers are moving. https://t.co/bHSClBBRTm

4 of the 10 worst-performing states on our 2021 State Business Tax Climate Index are also among the 10 states with the most outbound migration in this year’s National Movers Study (New Jersey, New York, Connecticut, and California).

Where does racial justice fit in your DE&I strategy?
Chris Pardo

Is the true expat experience anything like Emily's?
Chris Pardo
Recent posts from Plus Relocation