Entering the Year of the Ox, it is estimated that over 2 billion people, which is a quarter of the world's population, will celebrate the Lunar New Year (also known as Spring Festival or Chinese New Year) across the globe. While the date changes every year, this year, it falls on Friday, February 12. It's a holiday steeped in traditions and superstitions, typically sets off the largest human migration (chunyun) on the planet, and is focused on families, fortune, happiness and health.

Lasting for 15 days, the Lunar New Year is celebrated as a national holiday by people in China, Korea, Vietnam, Laos, Singapore and many other Asian countries, but they do so in different ways, with each country deciding how many days are allocated as a public holiday. For example, Singapore allocates two days, China allocates three days, and Tet in Vietnam is observed for five days! Additionally, nearly every large city in the United States, Europe and Australia will observe the Lunar New Year to some degree. Historically, cities like London, San Francisco, Vancouver, Los Angeles, NYC and Sydney have had large celebrations with big parades and fireworks.

However, for the second year in a row, the coronavirus is impacting the traditional travel and celebrating that typically occurs over the world's biggest holiday. For a better sense of just how restrictions are impacting the festivities, this Washington Post article shares how China is handling things this year. Two week quarantines, negative coronavirus tests and changing rules are helping authorities to reduce travel within the country. Banners in the city challenge citizens, especially migrant workers who desire to return home, to make smart decisions. Per the New York Times, the banners read:

“Mask or a ventilator? You pick one of the two,” reads one banner.

“If you come home with the disease, you are unfilial,” another exclaims.

“If you spread the disease to your mother and father, then you are utterly devoid of a conscience,” a third banner reads.

The situation reveals how challenging things are for individuals, companies, and local and national governments. However, vaccinations seem to be a light at the end of the tunnel, giving people hope that this Lunar New Year will bring fortune, happiness and health!

When people talk about the "holiday season" in the U.S., they typically refer to that period between Thanksgiving dinner and New Year's Day. But shortly after that, another massive holiday brings friends and family together in several Asian countries, with concurrent parties that carry on the traditions stateside. The Lunar New Year, most commonly associated with the Chinese New Year or Spring Festival, typically falls sometime between January 21 and February 20 annually. Lunar New Year 2021 is on February 12, and in terms of the Chinese zodiac animal, it's the Year of the Ox. 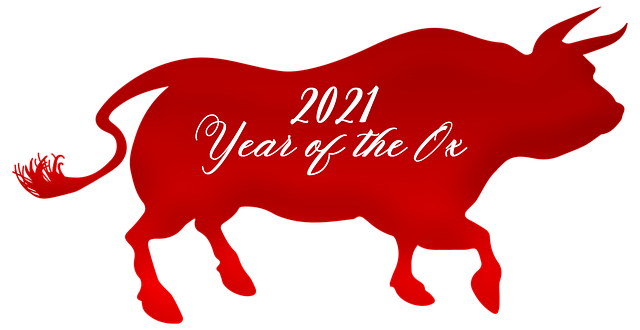