The conversation goes that there are not enough talented job seekers with the needed skills and qualifications to fill critical positions in the U.S. Many business leaders are pushing for a greater ability to bring in talent from other countries. According to sources in this Fortune article and this SHRM article, if the U.S. is going to retain its competitive edge, it's going to need talent from around the world.

To back this up further, consider this paragraph from that Fortune article:

"Talented foreigners have excelled in science, technology, and engineering, lived the American dream, and exemplified our country’s spirit of risk-taking and entrepreneurship. Roughly one-third of America’s Nobel Prizes in chemistry, medicine, and physics have gone to foreign-born researchers. Immigrants and their children founded 45% of the Fortune 500 companies, generating millions of jobs, and a Stanford study determined that immigrants helped produce as much as 30% of U.S. aggregate innovation from 1976 to 2012."

Our immigration partners at Envoy were recently interviewed by CNN to discuss the ongoing challenges related to U.S. inbound immigration, where foreign workers are still having challenges getting to the U.S. Dick Burke, CEO at Envoy Global, explains that the issue is layered due to existing backlogs, continuing pandemic restrictions and competition from other countries.

This spring, the White House allowed a previously imposed ban on H-1B and other temporary work-based visas (H-2B, J-1, L-1) to expire, which opened the visa process up again to a wide range of workers, from au pairs to software engineers. However, despite the ban being eliminated, there were 2.6 million visa applications already in the queue waiting. Backlogs in some immigrant-visa categories are 50 or even 100 times higher than they were four years ago. This is largely due to staffing shortages at the State Department and U.S. consulates that aren't providing visa application services because of the pandemic, including the U.S. Embassy in London.

Because the U.S. has made it more challenging (confirmed by denial rates for employment-based visas and green cards soaring in recent years, and case processing times doubling), countries like Canada have gained an edge by being more receptive to foreign workers and providing an easier immigration process. The global pool of skilled talent has grown immensely, and other countries have implemented strategies to draw from it. Another piece of data pointing to the U.S. losing its lead on attracting global talent: Since 2016, fewer international students enrolled annually in U.S. universities, and in the past two decades, America’s share of all international students declined from 28% to 21%.

As the backlog gets dealt with, as travel gets easier and now that the ban has expired, it is expected that things are moving in the right direction, though there are additional reform measures and initiatives to consider.

When President Joe Biden revoked a Trump-era executive order in February that had temporarily banned some immigrant visas during the coronavirus pandemic, he touted the way US industries could again "utilize talent from around the world." But months later, many foreign workers still can't get to the US. The issue is layered, with processing backlogs, Covid-19 restrictions and competition from other countries all playing a role. 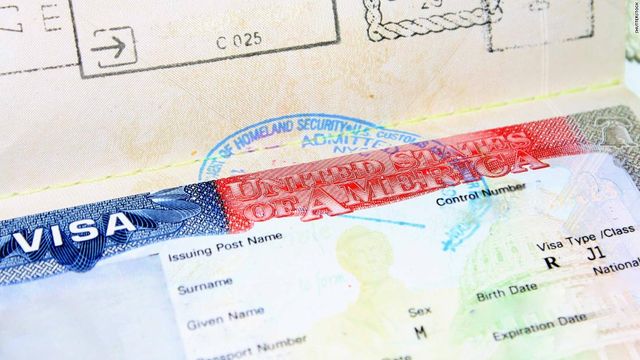 Biden made it easier to get a work visa. Here's why foreign workers still can't get to the US. https://t.co/OamMUkpgL8

Work visas: Biden made it easier to get them. Here's why foreign workers still can't get to the US - CNNPolitics https://t.co/Rv8ACAoDny

Biden made it easier to get a work visa. Here's why foreign workers still can't get to the US.https://t.co/Rsr4X2U18Z

Starting to look at moving my life to Canada (I did previously say Alaska but immigration, visas, right to work is a nightmare compared to Canada) - very much enjoying the random list of things I can't take into the country. pic.twitter.com/ln9n8Bg5Jo

ICYMI: The good, the bad and the latest on the pandemic's impact on global mobility programs
Chris Pardo
Recent posts from Plus Relocation