The need to apply for a visa to travel to a country is widely seen as a turnoff to potential visitors, given the extra cost and time an application requires. A country looking to boost its tourism industry will often look at loosening any existing visa requirements.

Making it more difficult for U.S. citizens to travel to Europe would certainly deprive the European travel and tourism sector of essential revenue. It will also put thousands of European jobs at stake in one of the few sectors that experiences a strong growth in employment.  According to an article from The Telegraph, "some 30 million American tourists visit Europe each year, spending more than $54 billion (£44bn)."

But the European Parliament voted to end visa-free travel for Americans in response to the Trump administration’s refusal to extend travel freedoms to citizens of five EU countries – Bulgaria, Croatia, Cyprus, Poland and Romania – as part of a reciprocity agreement.  Although Canada has those same restrictions, they will be lifted by the end of the year.

The growing "Visa War" between the EU and the U.S. will have a major impact on global mobility, according to global residence and citizenship advisory firm, Henley & Partners.

US citizens were previously able to travel to all countries in the bloc without a visa but that came to an end because citizens of Bulgaria, Croatia, Cyprus, Poland and Romania cannot enter US territory without a visa. The decision came after a vote by the 751 Members of the European Parliament, the governing body of the European Union, elected by voters right across the 28 member nations of the European Union on behalf of its 500 million citizens. It followed reports that offensive attitudes and questionable practices by American consular staff in Europe were becoming alarmingly frequent. 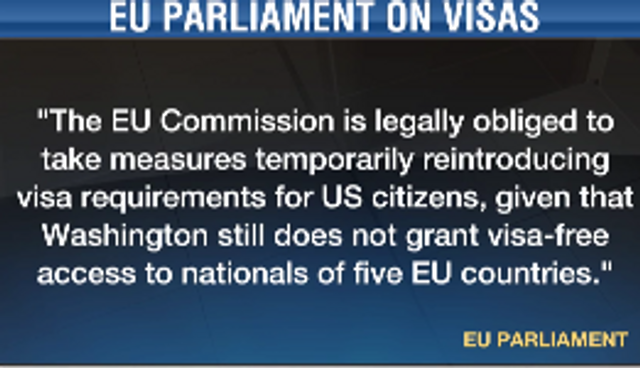 Where does racial justice fit in your DE&I strategy?
Chris Pardo

Is the true expat experience anything like Emily's?
Chris Pardo
Recent posts from Plus Relocation