The fourth edition of Maxxelli's "China International City Index" or CICI is out and provides some interesting insights for many of us involved in getting talent into strategic locations across China. The report features details on 29 different cities, looks at 44 different key indicators across seven categories and considers the degree of internationalization of China's emerging second-tier cities.

Per Maxxelli, "If the 2015 CICI was a test run for an idea, then the 2016 CICI was the answer – finally, a way to compare China’s international development across multiple cities and industries through data analysis, not opinion, but by hard facts and data analysis." For a long time, China has boasted double digit GDP growth rates, but that has stagnated. However, second-tier cities are still growing at double digit growth rates.

The cities indexed in this year’s CICI are

Many of the details from the report were shared in a very engaging Worldwide ERC® webinar recently (May 24) called "The China Experience - By The Numbers." Here are a few highlights from that webinar provided by Plus's Consulting team:

For mobility programs considering moving talent to or within China, consider one of our other great pieces of content:

Overall China Ever since China opened up to the world, it has boasted double-digit GDP growth rates for years on end, with a nominal GDP exceeding 12 trillion US dollars in 2017. Ever since 2010, however, this GDP growth rate has stagnated. Note that despite China’s overall stagnation, GDP growth rate in many Chinese second-tier cities are still in double-digits. This is but one example that demonstrates the value second-tier Chinese cities hold in 2018. An important initiative, launched in 2015, is the Made in China 2025 strategic plan. This plan’s goal is for China to compete in advanced manufacturing. Another key change to look out for here is the proposed scrapping of foreign ownership caps, which limit equity stakes for foreign firms. This policy change will be seen earliest in the automotive industry and in securities ventures. 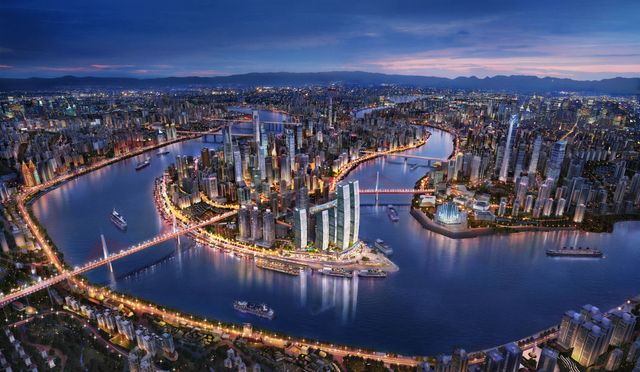