Assignments can be challenging for expats in many ways. In our recent white paper, "Exploring Expat Mental Health," we explored the impact of the assignment process and experience on mental health. When we talk about the wellness of mobile employees, the focus is usually on an employee’s physical safety and security or an organization’s duty of care policy. Don’t get us wrong — physical safety is essential, but true overall well-being is much more than just physical wellness. In a nutshell, employee well-being encompasses physical, financial, social and emotional factors.

A study published in the International Journal of Mental Health compared domestic workers and expats, measuring their stress and its effects. They found that three times as many expats reported feeling depressed. Expats also felt anxious or nervous at twice the rate as domestic workers.

So, mobility managers need to know that the expat experience comes with some of these conditions and they need to be focused and resourceful when concerning the well-being of their expats.

Additionally, this article, The Ten Happiest Countries In The World, made it clear that there are countries that will challenge expatriates and others that might not pose as large a challenge. The article was written based on the insights of The World Happiness Report 2018, which ranks 156 countries by their happiness levels, and 117 countries by the happiness of their immigrants. The main focus of this year’s report, in addition to its usual ranking of the levels and changes in happiness around the world, is on migration within and between countries.

From that report, "All the top countries tend to have high values for all six of the key variables that have been found to support well-being: income, healthy life expectancy, social support, freedom, trust and generosity. Among the top countries, differences are small enough that that year-to-year changes in the rankings are to be expected." The ten happiest countries in the overall rankings are also ten of the top eleven spots in the ranking of immigrant happiness. Finland is at the top of both rankings in this report, with the happiest immigrants, and the happiest population in general.

Choosing where to live in the world is no easy feat. There are positives and negatives to each of the 195 countries that exist in the world; whether that’s economic stability, the weather, employment opportunities or the general lifestyle. But when it comes to happiness, it’s a lot tougher to measure. After all, happiness is subjective and as a result, it can be difficult to quantify. However, the World Happiness Report has managed to do just that by creating a study which measures happiness levels across the globe. 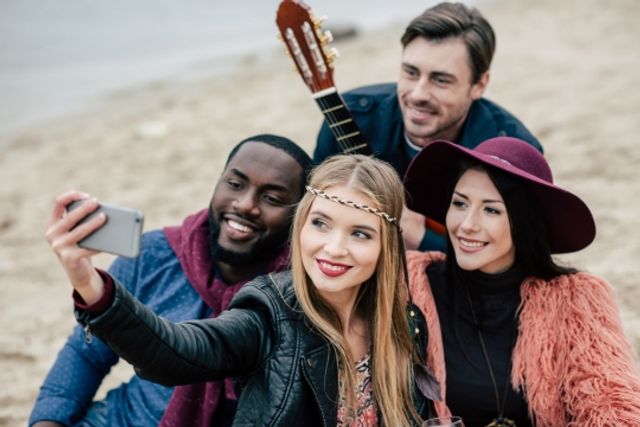