When looking across the U.S., there are a number of regions that have been labelled as "belts" and defined by a wide range of identifiers from industry, religion, weather, population and even age. There's the "Bible Belt," the "Corn Belt," the "Frost Belt," even the "Jell-O Belt." You can see information on all the "belts" here.

The "Rust Belt" is one of those regions that got its name from the previously thriving iron and steel industries and includes parts of New York, Pennsylvania, Ohio, Michigan, Indiana, Illinois and Wisconsin. However, some even stretch the "Rust Belt" out a little farther to include parts of Maryland, New York and Missouri. According to this Forbes article, many of the cities in the region "didn't adapt and paid the price."

But, as real estate costs continue to escalate in popular cities across the U.S. (like NYC, Chicago, and San Francisco) and as companies continue to be open to flexible work solutions, millennial employees are looking at more cost-effective areas of the country to live, and the "Rust Belt" cities are garnering their attention.

When an 800 to 1,500 square foot property is going for $700,000 in NYC, and $1.3 million in the Bay Area, Detroit is presenting a 5,000 square foot home for under $50,000. Millennials with college loans and a decent job can afford that option. This quote from Ralph DiBugnara, senior vice president at Residential Home Funding sums up the perspective related to why millennials are seeking areas that are more affordable:

"More and more people are now working virtually, which means they do not need to be in their office and can work from almost anywhere. So why not find somewhere to live where your city dollars can go a lot further?"

Many companies are also reconsidering where they are located from a business, client and more pressing issue of talent availability perspective. These companies are considering their locations as they seek to solve their talent attraction, development and retention challenges. Many have shifted headquarters, opened offices in "Rust Belt" cities, or moved jobs to people as opposed to people to jobs.

But millennials want to volunteer, seek a work-life balance, find meaning and make a difference. Here is another quote from the article that speaks to what is attracting millennials to the "Rust Belt" cities:

"There is a community-mindedness with millennials that attracts them to the smaller Rust Belt towns."

The Rust Belt cities need and love this injection of TLC from this energized, young and talented generation. Millennials Bring New Life to Some Rust Belt Cities explains that many cities like Baltimore, Columbus, Buffalo, Grand Rapids, Pittsburgh and St. Louis are experiencing some of the biggest increases in the number of young college graduates among large cities. These cities see huge potential to having this young workforce re-invigorate their economies. "As members of the largest and most educated living generation, millennials are sought after by cities that hope to replicate tech booms like those on the West Coast."

The fly-over states are offering something seriously attractive to millennials, and companies are paying attention. An improved lifestyle, greater ability to impact their community, more affordable housing and better cost-of-living are all attractive elements to "Rust Belt" cities that are drawing millennials to live and work.

For decades, the part of the U.S. otherwise known as the Rust Belt has been synonymous with hard times for decades, ever since manufacturing bases like Detroit began to suffer the effects of de-industrialization. Plants closed down, jobs disappeared, and once-vibrant cities became symbols of decay. In recent years, however, the revitalized Rust Belt economy has brought in younger workers, and made the area's real estate an attractive investment bet. The overwhelming driver of the millennial shift to the region is affordability. However, Constantine Valhouli, Director of Research for the real estate research and analytics firm NeighborhoodX, said that there's more to it than that. 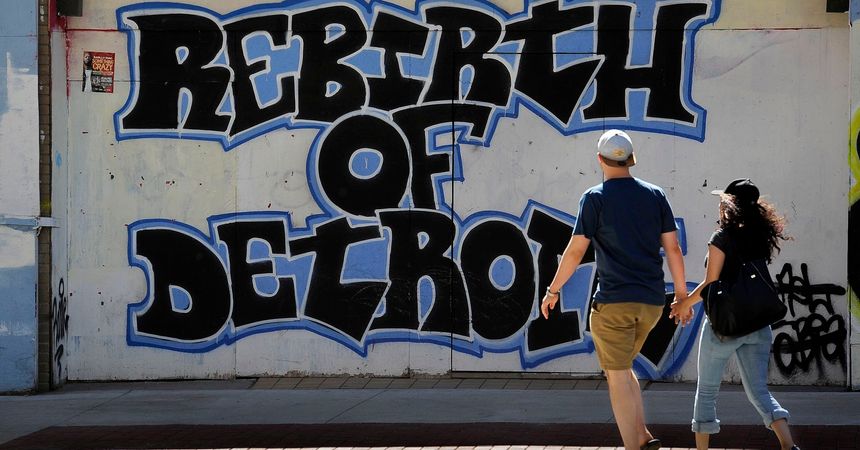 Why millennials Are flocking to Rust Belt real estate https://t.co/V45rGOXNLe

In recent years, however, the revitalized Rust Belt economy has brought in younger workers, and made the area's real estate an attractive investment bet. - CNBC https://t.co/SzdmvANyZl

#RustBelt economy has brought in younger workers and made #realestate an attractive investment bet in some areas. https://t.co/3RVPrsyaKu

Why millennials are flocking to Rust Belt real estate https://t.co/jkJNs2xqf1 via @CNBC @DanielBukszpan

Mileage reimbursement rate going up for remainder of 2022!
Chris Pardo
Recent posts from Plus Relocation