According to move.org, "roughly 35.5 million Americans move each year." While most only move within their own county, there is a good volume of people that are moving into new destinations with different costs of living. These costs can have a pretty dramatic impact on your day to day life and your ability to save money. While big salaries are often found in bigger cities, the costs in those locations can offset or even negate the actual impact of a larger salary.

In a new study from Indeed Hiring Lab, they reviewed 185 metro areas across the United States to confirm just what kind of impact the cost of living is having in 2019. Using data gathered from April 2018 through April 2019, they looked at salary data from job postings to find the average salary for similar jobs and then applied local cost of living data from the U.S. Bureau of Economic Analysis. The data included things like housing prices and many types of goods and services. In this article they declared that "for most jobs, salaries are higher in smaller metros after accounting for the cost of living." However, there were some jobs that was not true for and they explain:

"For some jobs though, smaller isn’t necessarily better. Many tech and other high-paying occupations offer higher adjusted salaries in larger metros — and tech salaries are highest in Boston and Washington, DC, two big tech hubs. As always, the right city is ultimately a personal choice — it depends on what job you’re in and whether you value a higher adjusted salary above all else."

They go on to explain that before adjusting for cost of living, San Jose, San Francisco and several other California metros have America’s highest salaries. But, because these locations also tend to have the country’s highest costs of living — especially for housing, it’s money in, money out.

So, which cities then offer a great deal once you balance their lower salary with lower cost of living?

Here are the top 17 locations where salaries go the furthest:

Kolko used salary data from job postings on Indeed between April 2018 and April 2019 to find the average salary for similar jobs across metros. He then applied local cost-of-living data from US Bureau of Economic Analysis, which included the price of housing, services, and goods. Kolko notes that unadjusted salary figures are highest in — you guessed it — California metros like San Jose and San Francisco. But when cost of living is factored in to arrive at the true purchasing power for the average worker, those places fall down the list. 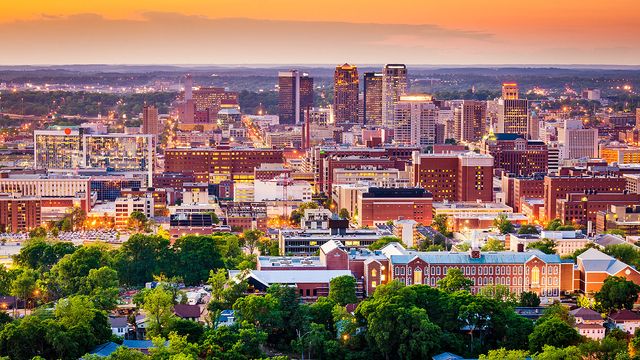