Has the term flygskam come up yet within or in relation to your global mobility program? The Swedish buzzword translates as "flight shame" and is described by Citi as “the inherent guilt that an individual feels as a result of one’s aviation-related carbon footprint.” This guilt is causing consumers, which would include relocating employees, assignees and business travelers, to pay more attention to their carbon footprint and Citi suggests it could cost airlines billions of dollars.

Per this article on CNBC, "Citi estimates that over the next five years the cost of carbon offsetting economy flights will grow to $3.8 billion per year. It will either be absorbed by the consumer or the airline. But really the airline gets hit in both scenarios since if the price is absorbed by passengers, the higher cost could lead to an overall slowdown in air travel."

In an effort to get the right talent to the right location at the right time, global mobility programs offer a number of critical benefits that enable that to happen but that also leverage air travel and impact our overall carbon footprint. The Financial Times reports that aviation contributes close to 5% of human-caused warming. The Morning Brew shares, "Flygskam is a widespread condition. A UBS survey of Western travelers found that 21% of respondents reduced the number of flights they took in the last year out of concern for the climate."

Some of the specific relocation and assignment benefits that incorporate air travel and relate to flygskam are:

So, how might this impact global mobility? There are a few potential or even probable impacts that spring to mind.

First, if none of your employees have raised the issue yet, you are likely to start to hear them challenge the practice of flying to get to locations (particularly for domestic and regional travel), or request that the company utilize airlines and partners that attempt to offset their carbon footprint.

In the article below, EasyJet, a British budget airline, said yesterday it will immediately start offsetting fuel emissions from its routes, becoming the world’s first major airline to operate net-zero carbon flights. They do this by supporting projects like planting a whole lot of trees or spearheading renewable energy initiatives. Another interesting idea I read about was an airline offering a "green seat" on the airplane where the extra cost is put toward an offset initiative. It was even suggested that red seats be integrated into the airplane cabin to for those unwilling and thereby placing the passenger into a state of shame. Wow!

Second, increased costs due to the carbon offsetting initiatives would have a trickle-down impact on global mobility budgets. You can bet that airlines are not going to simply accept a conservatively projected 44% reduction in profits from their initiatives and will pass that right along to consumers.

Who will be positively impacted by flygskam? Citi said that rail operators, governments, forestland owners and carbon plans will be beneficiaries as carbon offsetting becomes a big business. Seeking to become net-zero is a giant challenge for the aviation industry as passenger numbers are set to soar in the years ahead and emissions are predicted to steadily increase through the coming decades.

However, want to make a bigger impact? Consider it may be more helpful to think about other numbers, like the 100 companies that are responsible for 71% of global emissions!

And for related content, this podcast (The Guy Who Quit Planes for Good) is about a NASA scientist Peter Kalmus who quit planes for the benefit of the planet and how making that choice impacted his career and family vacations. Here he shares how he handles invitations to speak at far-flung conferences, why he thinks people deny climate change and what we can do to slow global warming, whether we give up flying or not.

Zoom out: The aviation industry is confronting its impact on climate change—not because the last book club pick was Naomi Klein, but because some travelers are opting for literal torture (24-hour train rides) over flying.   Those people have been overcome with flygskam, a Swedish term that means “flight shame.” Citi defines flight shame as “the inherent guilt that an individual feels as a result of one’s aviation-related carbon footprint.” 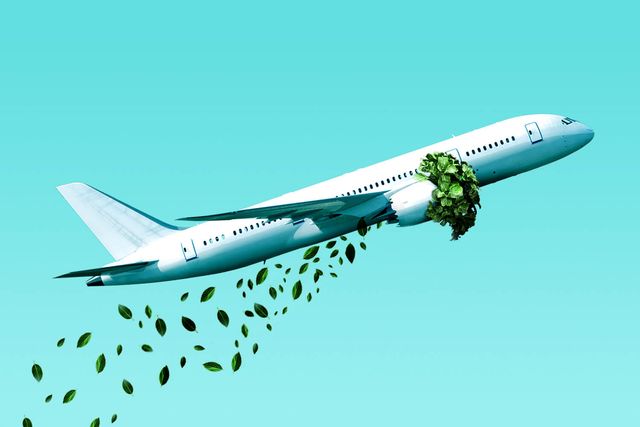 Insights and predictions on international travel in 2021
Chris Pardo

People are moving — but from where and where to?
Chris Pardo

What “15-minute cities” can teach us in mobility
Susan Benevides