It's finally coming. Brexit is creeping up on everyone, not like "dead-man-walking" but it has been going on for quite some time and becomes official as of 31 January, 2020. Of course, you already know that, right? So, will you celebrate the event, pay tribute to it, or observe it in any specific way? Believe me, we have heard a wide-range of answers on this as opinions run the full length of the "Remain" to "Leave" spectrum! Then, how about the EU citizens that have had a long-time relationship with Britain? This article provides insight into "What Now for Europeans Who Love Britain?"

In an effort to commemorate the historic moment, many wanted Big Ben to "bong" one last time. But the reality is that as it is currently under construction, the cost is prohibitive with estimates at £500,000 ($650,000 USD). Instead, the BBC reports that "the clock will tick down to 23:00 GMT, while Prime Minister Boris Johnson will give a "special" address to the nation in the evening, the government said. A special 50p coin will also enter circulation to mark the occasion. But the plans do not include Big Ben chiming, after Commons authorities said the cost could not be justified."

At that point, there is a serious amount of work to do.

What are your biggest concerns as it relates to your global mobility programs?

From a travel perspective, post-Brexit travelers are not expecting to be impacted much. Americans who fly to Britain and then on to an EU country will have to go through customs in both locations and the lines will be longer now that Brits will be in line too. The bigger change will be for Brits who now need their passport and as of the end of 2020, European Union citizens won't be allowed to use their national cards to enter Britain.

As for visits up to 90 days in a 180 day period, both sides are proposing that no visa would be necessary and will be handled with just a stamp in the passport. Additionally, the British government has said that trains, ferries, cruises and buses will continue to run without impact post-Brexit.

According to the NY Times, while it’s the official end of a 47-year partnership, little will change immediately, as Britain will abide by European Union regulations for the rest of 2020 while the two sides conduct trade talks. Here are the latest updates.

Another interesting synopsis is presented here from Morning Brew.

Further resources to support staying on top of the latest HR/mobility concerns related to Brexit 2020:

BBC's Brexit: All You Need To Know About the UK leaving the EU

How Brexit Will Affect Travel to the U.K. and Europe

Brexit: Where Do We Stand (from Govt of the Netherlands)

Brexit is finally going to happen on Jan. 31 (though we'll believe it when we see it) and it's safe to say most of us are sick to the back teeth of hearing about the a six-letter B word. A word of warning: If you're no fan of alliteration, might I suggest you avert your eyes?  The UK Prime Minister — another B word we've heard far too much about — Boris Johnson is  banging on about plan that'll let Brits "bung a bob for a Big Ben bong." That's a lot of Bs — and yet, not one of them is Brexit. 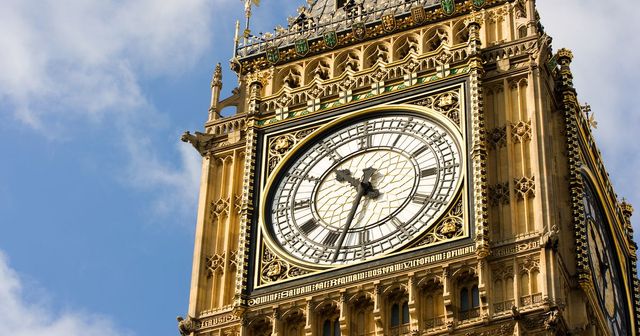