This past week there was a brief blip in the New York rental system where some relocating employees trying to secure leases were experiencing leasing delays, and a lot of confusion, related to the Department of State's (DOS's) recent interpretation of the "Housing Stability and Tenant Protection Act of 2019"." It actually did not just impact those relocating, but any prospective tenant would have been impacted by the guidance provided by the DOS.

Initially, it appeared that the situation for tenants in New York (and there are 8.9 million of them statewide), but particularly those in NYC, was continuing to get better according to tenant advocates. Thanks to the "Housing Stability and Tenant Protection Act of 2019," the playing field suddenly became more level for New York renters. The act, which was actually passed last year back on June 14, 2019, provided greater rental protections and added stricter provisions on what landlords could charge to tenants. The act limited security deposits to one month's rent and upfront rent, it capped late fees, and provided a host of protections on lease termination, being evicted and the returning of security deposits. For greater detail on the act as a whole, review this previous post by Joe Benevides: What you need to know about the new NY renter laws.

Then, at the end of January, brokers and landlords got riled up because state regulators unexpectedly passed an addendum (revision 1.31.20) that effectively eliminated landlord brokers fees being charged to New York renters. Renters began rejoicing as historically, brokers have tacked a fee of anywhere from 12 to 15 percent of one year’s rent onto a prospective tenants’ cost of renting an apartment—a system that does not exist in many places outside of New York City. Consider that a NYC renter that signs a lease on a $3,000 per month apartment often would incur a landlord broker fee of between $4,320-$5,400. Under the new ruling by regulators, the landlord's agent that has typically charged a broker fee which has typically been passed on to renters must now be paid by landlords instead. Prospective tenants can still hire, and pay for, their own broker representative to help find an apartment. Here is the language straight from the revised guidance:

"The fee to bring about the meeting of the minds would be a “payment, fee or charge before or at the beginning of the tenancy” other than a background or credit check as provided in this section. Accordingly, a landlord’s agent that collects a fee for bringing about the meeting of the minds between the landlord and tenant (i.e., the broker fee) from the tenant can be subject to discipline."

Immediately, many questioned whether it would really level the playing field? With the burden now on the landlord to pay their own broker fee, many landlords began reconsidering whether to use a broker at all and look to list, market and lease their rental units on their own. If they were to do this and a renter were also to choose not to use a broker, then it would essentially become a no-fee market.

Brokers were obviously concerned that this would effectively decimate their industry and create a situation where thousands of real estate brokers no longer would have jobs. There are close to 79,500 licensed real estate agents and over 54,000 brokers in the state of New York. Alternatively, according to this New York Times article, "Brokers warned that the new rules would simply increase what tenants pay in monthly rent, since many landlords will likely pass on the cost of a broker’s fee to their residents in higher rent." We began to anticipate that there would likely be a combination of both of those outcomes.

When would it have taken effect? The revised guidance was published on January 31, 2020 and took effect immediately. (see page 4 #5) The guidance from the NY DOS was clarifying what had already been effectively passed in the act. Part of what was shocking to most brokers was that there was zero warning or grace period, and many hoped it would quickly be reversed.

In response, the Real Estate Board of New York (REBNY) and other industry players (big power brokerages), filed their lawsuit charging that the agency had unlawfully overstepped with their interpretation and guidance.

And their prayers were answered as a Temporary Restraining Order was granted just yesterday (2/11/20). Per Dwellworks, "This order was the result of a lawsuit initiated by REBNY, NYSAR and numerous brokerages, and temporarily removes the prohibition against landlord’s agents collecting commissions from tenants (Question #5 on the Department of State Guidance Memo)."

So for the moment, because of the Temporary Restraining Order, things go back to the way they were where a landlord's agent can collect a commission from a tenant. Agents across New York state can do business in the same way they did prior to last week’s DOS memo without fear of discipline by the DOS. As this article from Curbed states, "Broker’s fees are back on—for now, anyway."

REBNY returns to court on March 13 to further litigate the Department of State’s interpretation of the Housing Stability and Tenant Protection Act of 2019. In the meantime, agents can go back to business as usual so no further delays should be experienced by tenants, although they may not benefit from the broker fee reprieve!

Here are some additional resources:

ew York is one of a few cities in the US where residents are charged a fee to rent an apartment. The move is the latest push to create more favorable rules for tenants. The apartment listing site StreetEasy said about 45 percent of New York City rental listings last year included a broker’s fee. 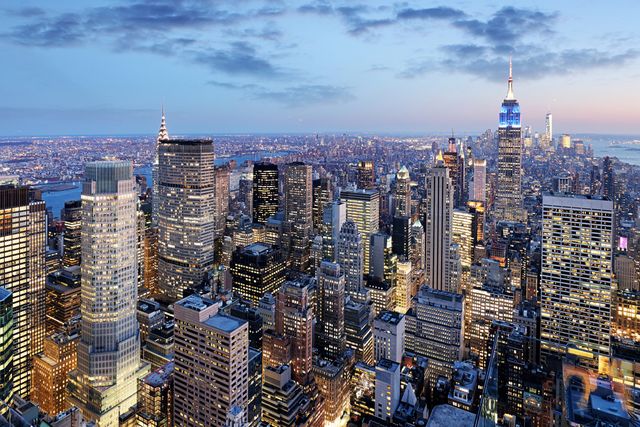 Huge step forward. I have rented (and owned) in New York City for the last decade. The fees are sickening. https://t.co/D3DHhzw6O1

What does relocation have to do with the U.S. coronavirus relief stimulus package?
Chris Pardo

iBuyers growing in popularity — but are they a good value?
Joe Benevides
repost  cancel