OK, you may be isolated at home but you're not living under a rock, so this may not be a shocker:

"Both homebuyer and seller demand have weakened dramatically in the last month, as Americans hunker down to help stop the spread of the coronavirus."

Just like the economy, the real estate market here in the U.S. was kicking along nicely heading into 2020. And then, when it sunk in that COVID-19 was going to have a real impact, the real estate market started feeling it. As we began social distancing and started abiding by stay-at-home or shelter-in-place orders, listings started to take a dive, despite most aspects of the real estate process being listed as an "essential service" — and right when we were heading into what is usually the strongest month of the year for new listings: April.

"In the first two weeks of March, new listings were up 5% annually on average. By the second week of April, they were down 47%, according to realtor.com."

So, should we expect to see price declines? It's kind of hard to say as we know all real estate is local. Is the home in a leisure and hospitality market? Then maybe. Locations like Las Vegas, Miami and Orlando could see price drops. With oil prices tanking, locations like Houston are being considered high risk due to so many energy companies being based there. But according to Curbed, Zillow conducted a study on housing during previous pandemics and concluded that while home sales dropped dramatically during an outbreak, home prices stayed about the same or suffered a slight decrease. Housing is not purely just an investment but is also a basic need. So what has been seen is that even in a full-blown recession, housing prices have not been reduced, and at times have even risen. But many feel this is such a different moment in time that history might not be the best reflection for what's coming in the future.

"There will of course be pent-up demand at the end of all of this, but consumer confidence in the economy will play an even bigger role than usual. That is why some disagree with the strength of home prices and see a potential for wide-scale price drops, at least temporarily."

Therefore, this article suggests that markets where affordability was already stretched — like San Francisco, Los Angeles, San Diego and Seattle — are at higher risk of price declines.

So as the market pauses due to demand, we'll be watching to see where the impact occurs and just how big of an impact it will be. Who knows, maybe it will lead to an increased interest in co-investing.

Both homebuyer and seller demand have weakened dramatically in the last month, as Americans hunker down to help stop the spread of the coronavirus. While some are still shopping online, doing virtual tours, the spring season was essentially over before it started. Although sales are way down, home values may not suffer as much, except in certain markets. 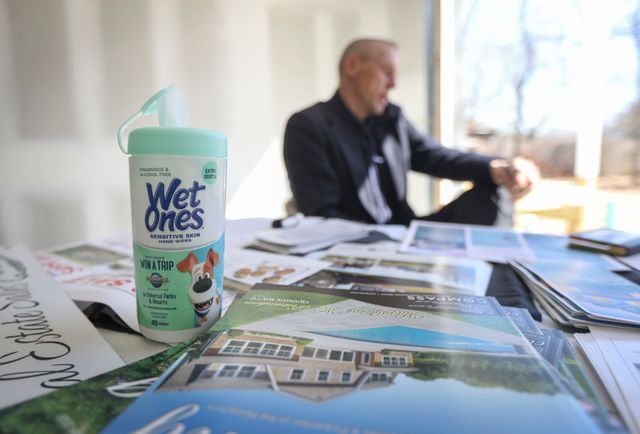 These markets could see the sharpest drop in home prices during coronavirus pandemic https://t.co/ydEV91LYZV

Assessing markets, even though there isn't anything like this from the past to go by: https://t.co/2IWdtrHiEe #LuxuryLiving #HomePrices #sales

These #markets could see the #sharpest drop in #home #prices during coronavirus pandemic https://t.co/Y8Gd4YDbSg

These markets could see the sharpest drop in home prices during coronavirus pandemic... https://t.co/SHKoYp6PiJ

CNBC is doing well with some of these very to the point reports. Key message here is some effects are already measurable. Some areas expect to see more impact from the pandemic. https://t.co/c1HAwZMzQz

Both homebuyer and seller demand have weakened dramatically in the last month during the coronavirus pandemic. These markets could see the sharpest drop in home prices. https://t.co/eCiuFIqtDg