While a very non-scientific LinkedIn poll I just did revealed that 81% of people were looking forward to the pace of business travel picking back up in 2021 (36% were "most definitely" looking forward and 45% were "kinda" looking forward to the pace picking up), travel bans and restrictions will continue to deter and impact travel for the near future. That means that staying on top of where those are occurring will remain an important activity for mobility programs through Q1 and Q2 for sure. Let's take a quick look at a number of different things happening around the world currently.

United States: Last week, President Biden signed a new series of executive orders as he moved to create a more defined national strategy. Restrictions have been reinstated on travel from Brazil along with most European countries. Entry to the U.S. will continue to be barred to most foreign nationals who have been in Brazil, Ireland, the United Kingdom or any of the 26 Schengen Area countries in the 14 days before attempting entry. Additionally, foreign nationals from South Africa, or who have been in South Africa in the 14 days before attempting entry, will be barred starting Jan. 30. Per BAL Global, "Beginning Tuesday, Jan. 26, the U.S. will require individuals traveling to the country by air, including U.S. nationals and lawful permanent residents, to test negative for the COVID-19 virus. Information on this requirement is available here." California has lifted its stay-at-home order and curfew. See more here. Also, for a list of restrictions in each state, try this.

European Union: Twenty-seven countries agreed on Jan. 21 to take coordinated actions to better manage against the virus variants. Borders remain open, but most are being encouraged and agreeing to increased limits on non-essential travel. See this current factsheet. The EU still leverages a mapping system based on color codes (green, orange, red and grey). Tougher restrictions on trips could come in the next few days if efforts to curb the coronavirus are not effective and the surge increases.

UK: In the UK, flights from Latin America and Portugal were banned over fears of a variant first discovered in Brazil. Flights from South Africa, where another highly contagious variant was discovered last month, are also banned. Numerous countries are continuing to ban Brits from coming. The UK is also now imposing a 10-day hotel quarantine for travelers (returning Brits) at their own cost from 30 different COVID-19 "high risk" locations as they battle one of the worst outbreaks they have seen.

Portugal: All commercial or private flights between Portugal and the United Kingdom between Jan. 23 and Feb. 5 are suspended. Its government ordered schools closed for two weeks because of the rapid spread of the British variant, which currently makes up 20 percent of infections and could make up 60 percent as soon as next week. This is a key location to watch for signs of how the variant can impact an area.

France: France has updated its screening regulations. Arrivals by air routes will need to complete a "sworn statement" certifying they are not suffering from COVID-19 symptoms and have not been in contact with confirmed cases in the preceding two weeks. Travelers must present a medical certificate with a negative COVID-19 PCR test result issued within 72 hours prior to departure. Travelers are subject to a seven-day isolation period and take another COVID-19 PCR test at the end of this period.

Netherlands: The Netherlands instituted a more severe lockdown curfew on Saturday, Jan 23. This was the first time it has imposed such a measure on citizens, and residents need to be home between 9 p.m. and 4:30 a.m. Previously, the country had closed non-essential businesses, schools and restaurants, and strict contact restrictions are in place until Feb. 9. In addition, there is now a flight ban from the UK, South Africa and South America, where the variants have been widely reported.

Israel: Israel has frozen air travel in and out of the country in order to block the variants of the virus from infiltrating. Per the New York Times, all foreign airlines will be barred from landing in Israel other than those carrying cargo, and Israel’s own passenger airlines will be temporarily grounded. The only travel to be allowed will be for medical treatment, to attend legal proceedings or family funerals.

Hong Kong: Hong Kong is restricting travelers from Brazil and Ireland effective Jan. 23. Travelers who have been to either of those countries in the 21 days before boarding their flight to HK will not be allowed to enter.

China: China is preparing for the Lunar New Year (Feb. 12) and is discouraging travel over the holiday. Issues have occurred in Beijing, which is having its worst outbreak since the virus was first detected. Per the New York Times, “Beijing is restricting the number of passengers allowed on public transit and has extended the quarantine period for travelers returning from overseas. Schools have been closed, and the authorities said on Wednesday that people returning to rural areas for the holiday must test negative for the virus and quarantine at home for 14 days.” Other cities in China have had increased counts, too.

Keeping an eye on virus surges, variants and vaccine rollout issues will help you set expectations as we recover over the course of the next year. Stay safe and stay aware.

President Joe Biden on Monday banned most non-U.S. citizens traveling from South Africa from entering the U.S. and extended travel restrictions for Europe, the U.K. and Brazil, in an effort to curb the spread of Covid-19, particularly as new strains of the coronavirus are identified. 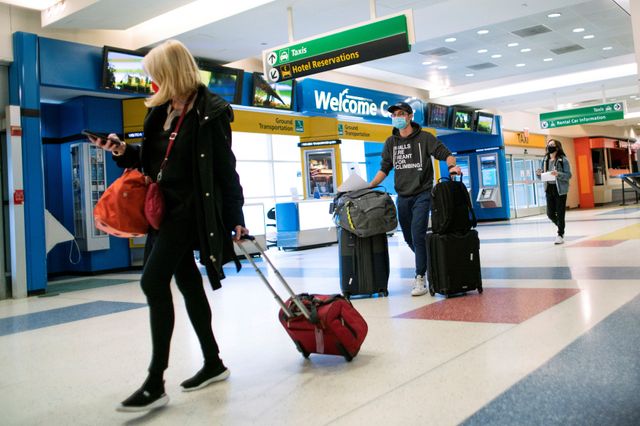 Looking forward to the MSM describing this as a Christian travel ban.

I won't hold my breath.https://t.co/2fcbuATsr0

Is the "big city obituary" for real?
Chris Pardo

Where does racial justice fit in your DE&I strategy?
Chris Pardo
Recent posts from Plus Relocation