As the pandemic has unfolded, there have been many articles about people wanting to get out of crowded, expensive cities — especially if they were having to work from home and could do so more comfortably elsewhere. A Lending Tree survey found that nearly half of all Americans were thinking about moving to reduce living expenses.

In a different survey conducted by the Pew Research Center last June, it was revealed that one-in-five Americans either had relocated due to the pandemic or knew someone who had moved. But the Neighbor 2020 – 2021 American Migration Report aimed to find out just how many people would plan to move in 2021 and explored their reasons for wanting to move. Here are some of the insights gleaned from that survey to consider as we look down the path for 2021:

So is the "big city obituary" for real?

While many people did initially respond to pandemic experiences by moving away from expensive cities — which caused us to wonder whether this was the end for some big, expensive cities — newer research from Bloomberg CityLab shared below found that is not actually likely to be the long-term impact. The research calls the long-term urban exodus a myth. Most city-dwellers are actually happy with where they live and want to stay put.

"Rather than decamping for the suburbs, as has been widely (and anecdotally) reported, city residents remain committed to cities. But beyond the immediate challenges, they want longstanding problems of urban life addressed, and are willing to embrace changes in policy and personal behavior to do so."

Ultimately, only 8% say they would prefer to live in the suburbs. Notably, big city residents are especially eager to stay in cities. Nearly 70% of the people surveyed in metro New York, Los Angeles, Chicago, Houston, Phoenix and Philadelphia say they prefer to live in a big city.  This report would suggest that the answer to our title question is "no," the "big city obituary" is not real.

As the fears of the pandemic ease, and as new work models are deployed and as we move ahead over the next few years, what are you predicting for big cities?

Like social distancing and curbside pickup, alarm about the future of American cities has become a mainstay of the Covid-19 pandemic.  Pointing to downtown office towers usurped by Zoom, shuttered restaurants and stores, and an upsurge in crime and taxes, some are predicting a mass retreat from urban life. “New York City is dead forever,” declared a viral LinkedIn post in August. Last year “ended the boom of cities that started in the 1990s,” announced a recent op-ed in The Hill. Much of the analysis has been fatalistic—gloomy predictions grounded in hunches and snippets of short-term data. 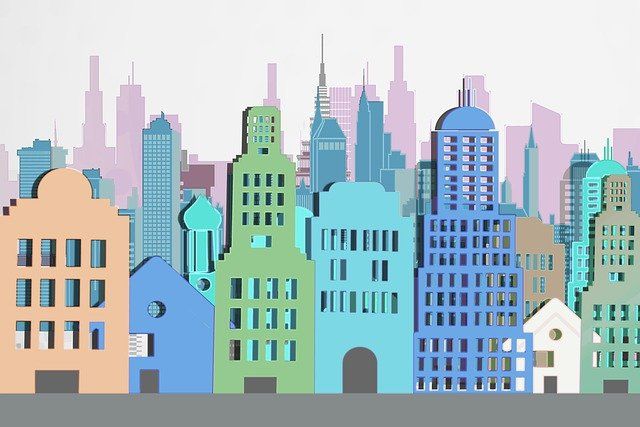 A recent survey shows most big city residents are staying put — or considering a move to another urban area https://t.co/6pIT5jW2bS via @citylab

America’s cities offer the greatest hope for the country’s recovery from the coronavirus pandemic. Fortunately, the people who live there agree.https://t.co/AAM148x1sm

"Rather than decamping for the suburbs... city residents remain committed to cities. But beyond the immediate challenges, they want longstanding problems of urban life addressed, and are willing to embrace changes in policy and personal behavior to do so." https://t.co/V0ixdIiqAQ

In a new survey, @HarrisPoll and the @ChicagoCouncil found that “half of city residents say [the pandemic] has not changed where they prefer to live. Another 25% say the pandemic actually makes them more likely to move to another urban area.” Via @CityLabhttps://t.co/8vahABZCNe

Why We Don’t Believe the Big City Obituary.
America’s cities offer the greatest hope for the country’s recovery from the coronavirus pandemic. Fortunately, the people who live there agree. https://t.co/DzhsAw0D7U via @citylab https://t.co/ShW1KKo0Em pic.twitter.com/XYEsRhNjVr

Does the pandemic augur the end of city living? Not if you ask those who live in cities or the many suburbanites who would like to. My latest on new @HarrisPoll with Will Johnson and @SamKling2 https://t.co/4D48MSyYtI