The number of Americans seeking unemployment benefits fell to a pandemic-era low this past week, which is a good sign that the job market is rebounding.

The Associated Press reports that 348,000 people filed jobless claims, down 29,000 from the week before. That number was around 220,000 per week on average before March of 2020, when the COVID-19 pandemic burst onto the scene. However, the number was above 900,000 per week in January, so the latest figure is a drastic improvement.

Despite the positive news, the U.S. job market remains very complex. While companies are hiring, many workers remain hesitant to return to an office, and that’s leaving a lot of open positions unfilled. As I wrote about in June, the economy has not been adding as many new jobs as expected. The AP also notes that the rising Delta variant could slow down the recovery process in coming months.

Additionally, a growing number of employees are leaving their current roles — or the job market entirely. My colleague Chris Pardo has touched on this trend, dubbed the “Great Resignation,” and has explored what mobility teams may be able to do to combat “flight risk.”

When you add all this up, the equation still looks similar to what I discussed in that post from June: Companies are hiring, but with many people lukewarm to take these positions, HR and mobility teams need to be particularly focused on how they can attract talent. It’s not enough to simply post a position and expect to get flooded by qualified applicants. Instead, organizations are increasingly using hiring incentives to try to lure potential employees. From a mobility standpoint, anything a team can do to ensure that its benefit offerings really stand out would be a good strategy in this environment.

The weekly pace of applications for unemployment aid has fallen more or less steadily since topping 900,000 in early January. The dwindling number of first-time jobless claims has coincided with the widespread administering of vaccines, which has led businesses to reopen or expand their hours and drawn consumers back to shops, restaurants, airports and entertainment venues. Still, the number of applications remains high by historic standards: Before the pandemic tore through the economy in March 2020, the weekly pace amounted to around 220,000 a week. And now there is growing concern that the highly contagious delta variant could disrupt the economy’s recovery from last year’s brief but intense recession. 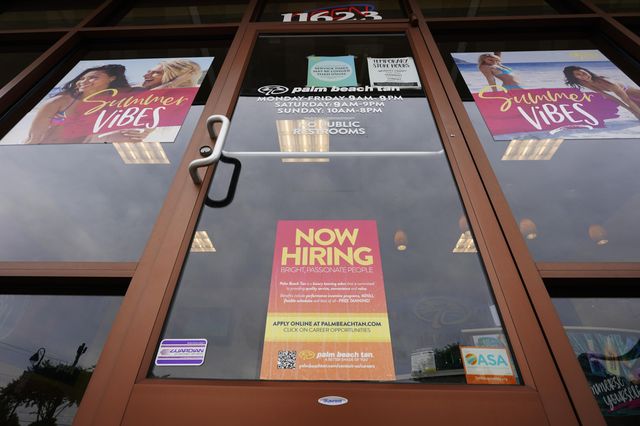 The number of people seeking unemployment benefits fell to a pandemic low last week — the fourth drop in as many weeks. It's the latest sign that America’s job market is rebounding as employees boost hiring to meet a surge in consumer demand. https://t.co/h9CYUeeI7u