Here are a few interesting tidbits to wrap your brain around:

Todd Teta, the chief product officer with ATTOM, explains that, “The trend is slowly shifting toward renters, which could be a major force in easing price increases in 2022. Prices can only go up by so much more before renting becomes financially easier. For now, though, rising wages and interest rates around 3 percent are enough to offset recent price runups and keep ownership on the plus side of the affordability ledger compared to renting.”

Renting is more affordable for average wage earners than buying a home in 21 of the nation’s 25 most populated counties and in 35 of 42 counties in the report with a population of 1 million or more (69 percent). Other counties with a population of more than 1 million where it is more affordable to rent than to buy include locations in the Dallas, Miami, New York City, San Francisco, Washington, D.C., and Riverside, CA, metropolitan areas.

See below for additional recent insights on housing:

Owning a median-priced home is more affordable than the average rent on a three-bedroom property in 58% of the U.S., a new report says. There's a big city/suburban divide, though: Renting makes more sense in big metropolitan areas, while homeownership wins out in rural areas and suburbs, where property prices are lower. Why it matters: Even with home prices continuing to climb, the affordability gap is narrowing, which may signal the imminent end to what's been a steady run-up in home prices. 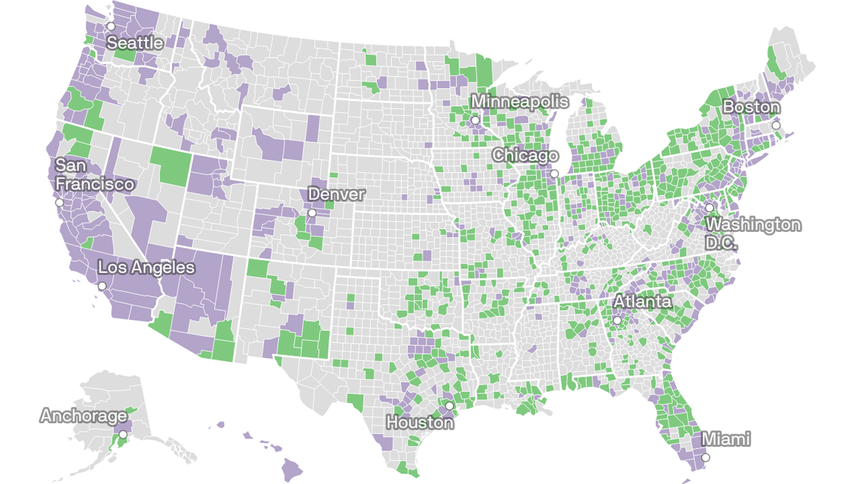