Sometimes it is fun to go back into the past and look at what we were saying about the future...which is now.

At the beginning of January 2013, new unemployment numbers from December 2012 had been released where the unemployment rate had dropped to 7.7 percent. At the time this was a four-year low that prompted the conversation around "what is a good unemployment number, really?" In this conversational interview between radio host Steve Inskeep and IHS Global Insight's chief economist, Nariman Behravesh, the question is asked, "Are we never going to get to that 1990s-style four percent unemployment again in this country?" The answer from Mr. Behravesh was, "I think a four percent number is probably unattainable in the next, say, five to six years. Again, a lot depends on sort of how the structure of the economy changes. You can never say never. But I would say in the coming decade, we probably will have a very hard time getting down to that four percent."

My point is not to suggest that Mr. Behravesh is not so good at predicting the economy, but rather, how right he was about "never say never." Jump ahead to today...

Picking things up on May 4, 2018, we are now at 3.9% for the unemployment rate, which is the lowest rate since 2000. The last time the unemployment rate remained below four percent for a sustained period was in the late 1960s. The New York times stated that American employers continue to find reasons to expand their payrolls. April marked the 91st consecutive month of job gains, far and away the longest streak of increases on record.

Josh Bersin, keynote speaker at the upcoming WorldatWork: Total Rewards conference (May 21-23) is describing this talent scene as "the hottest war for talent we've seen in 50 years." Per the Wall Street Journal, some cities are paying people to move there. Towns, like Hamilton, Ohio, with unfilled jobs are handing out money, student-debt relief and home-purchase assistance to lure potential employees–one by one.

Bersin points out that because of the U.S. birth/fertility rate being so low, that without expanding immigration, we are going to find it very challenging to hire people. Besides maybe reconsidering our approach on immigration, he offers that companies should be looking at leveraging the skills, abilities, and energy of older workers...like the Baby Boomers. Taking advantage of the "longevity dividend" could help companies maximize the efforts of people who are remaining in the workforce for much longer than they used to due to longer lifespans. His talk at World-at-Work is titled, "The Rise of the Individual In The New World of Work: A New Generation of Rewards".

What might this mean for mobility activity? It could mean that costs could actually be decreased for assignments and relocations where smaller family-sizes, and less support being needed could reduce costs.

What talent strategy initiatives do you see impacting your mobility program over the next few years?

There are lots of implications to this. Here in San Francisco we are struggling with skyrocketing rents, traffic, and homelessness. The Wall Street Journal just reported that in many small cities, where people have migrated away (to cities), employers are now paying people to relocate for jobs.  (I remember this being true in the late 1970s when I graduated from college.) 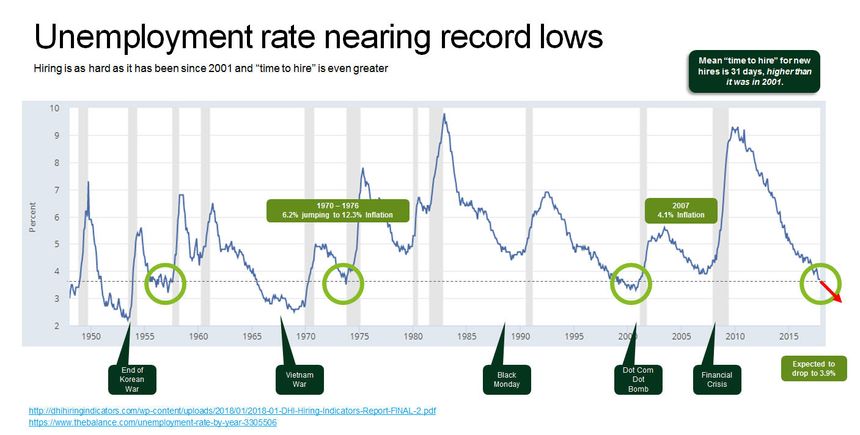