The rental and real estate markets of the departure and destination locations for someone relocating can have an extreme impact on their overall experience. Mobility programs are keen to track how the locations that they move people to (and from) are presenting to candidates, new hires and existing employees that might consider an internal transfer or assignment.

With so much news coming out of our nation's capital, it might be nice to look at something that's maybe not political! Recently, the Washington Business Journal, posted an article (D.C. area's rent increases among the highest in past decade) where they explained that people in the Greater Washington area paid the fifth most total rent during the past decade, having paid $133.6 billion in rent in that period. However, rent growth there was slower than several other markets.

Where is all this data on rents in DC coming from? This Zillow report looked at the rent increases for the 50 largest metros in the U.S., and the Washington D.C. metro area saw a 55.6 percent increase in the 2010s. The average annual rent increase was 3.7 percent. People in the D.C. area paid $133.6 billion in rent in the past decade, behind only New York, Los Angeles, San Francisco and Chicago.

As the report states, this past decade was a very lucrative one for landlords. Across the country, renters shelled out $4.5 trillion over the past 10 years ($512 billion alone in 2019) which happens to be higher than the GDP of the world's fourth largest national economy, Germany. The report shows the various cities researched and how they compare. There might be some surprises in there.

As many of our clients out in the Bay Area understand, the report highlights that San Francisco is the nation’s 11th-largest metro area by population, but its sky-high rents more than compensated for its relative lack of renters compared to larger markets. A few other cities with high rents that place them on the list higher than their number of renters might have them are: San Diego ($10.4 billion in rent paid in 2019), San Jose ($6.6 billion) and Austin ($4.7 billion).

Overall, Austin, Raleigh and Denver had the largest rent increases in the 2010s, while Memphis, New Orleans and Virginia Beach had the smallest increases. No metros saw rent decrease over the decade, though seven did see rent fall over the last year.

As many of us in the industry know, America became a renter nation in 2018. From New York to Los Angeles, more people were renting than owning for the first time ever at that point. Home sales were down in 2018 due to high prices, low availability, rising interest rates and more factors. This trend has remained, however, Zillow projects that rent growth will slow by the end of 2020 to be more in line with the overall pace of economic inflation.

The hottest housing markets of 2020 are far from the coasts

This decade, San Francisco saw the end of renting as we know it

For a global perspective, try:

"While the total amount of rent paid has increased each year this decade, that trend is by no means immutable," Zillow Group Economist Joshua Clark said in a statement. "With rental appreciation expected to decrease in the coming year and a homeownership rate that has been ticking up over the past few years, a small or even negative change in total rental spending could be in the cards in the early 2020s." 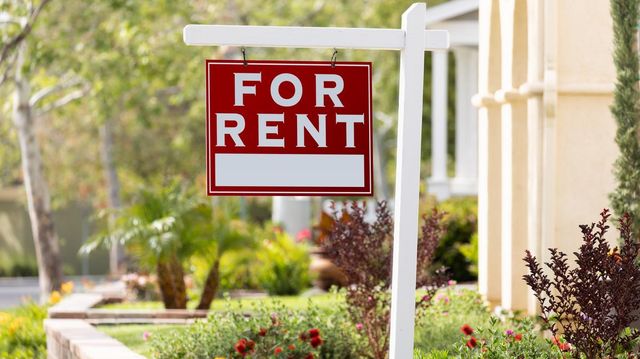 Residents in the Washington region rank in the top 5 for most rent paid in the country: https://t.co/mCCIb6zM4Z https://t.co/KCIIxjUOAU

D.C. area's rent increases among the highest in past decade https://t.co/cTIjy0HR9r via @WBJonline

What does relocation have to do with the U.S. coronavirus relief stimulus package?
Chris Pardo

iBuyers growing in popularity — but are they a good value?
Joe Benevides
repost  cancel