While "hot spot" is not a public health term, it has been used to describe areas with particularly large clusters of COVID-19 cases, and where the confirmed cases of and deaths from coronavirus have surged. Locations like Wuhan, northern Italy, France, Spain, New York City and New Orleans have all been labeled as "hot spots" thus far. The term has worked to strike enough fear in citizens not in "hot spots" to have stay-at-home and shelter-in-place orders — along with a variety of social distancing rules — in an effort to effectively "flatten the curve."

As we move forward in dealing with the coronavirus, much discussion is centered around testing.  Being able to test is at the core of the dialogue about how to safely lift stay-at-home or shelter-in-place orders. Per this USA Today article, "As governors and mayors (in the U.S.) make plans for reopening, one constant remains the need for testing, testing and more testing, with the added complication that there are now two kinds of coronavirus tests in play." Most agree that testing is the key difference between the number of deaths in the U.S. (41,844 at the time of writing) versus South Korea (236 at the time of writing).

So where are the next "hot spots?"

While the epicenter U.S. hot spot has been New York, the White House task force predicted that Washington, D.C., Baltimore and Philadelphia will likely be the next hot spots. This map from Scientific American shares some surprising patterns in infection rates at the county level and expresses concerns around locations like Albany, Ga., Nashville, Tenn., and parts of Mississippi and Arkansas due to the relatively large numbers of cases per capita.

Outside of the U.S., many are predicting that the Southeast Asia region — where Singapore, Malaysia and the Philippines have had cases spike dramatically in the last two weeks — will be the next regional hot spot. Some add Indonesia to this list due to limited testing capabilities there. With this limited testing and with large populations in the Philippines and Indonesia, health officials are concerned these could become the next couple of hot spots.

Latin America also has some extreme concern as to what the impact of becoming a hot spot would mean. With an estimated 55 percent of Latin America’s population working in the so-called "informal sector," the economic and social security consequences could be dire.  The region's financial and political challenges could make the impact of the coronavirus even more devastating. Venezuela, Mexico, Brazil and the countries of the Northern Triangle (El Salvador, Guatemala and Honduras) are the areas of most concern.

Many mobility programs are monitoring the globe to see how specific locations are being impacted and helping their businesses evaluate how to accomplish their goals as mobile talent stays in place or has limited movement abilities. Over the next few weeks, we anticipate seeing continued efforts around raising testing capabilities and working toward reopening many locations to allow some level of getting back to business. Try this for updates across the world.

Then, download our latest, "COVID-19 and mobility: supporting relocating employees during a challenging time".

The region as a whole has reported more than 28,000 cases as of Sunday, with Indonesia, the Philippines, Malaysia and Singapore accounting for 87.9% of those cases, according to data by Johns Hopkins University. Several studies suggest that tens of thousands more infections may be undetected due to the low testing rate in countries such as Indonesia and the Philippines. In Singapore, cases have spiked dramatically in the last two weeks, with new clusters of infections found among migrant workers living in packed dormitories. 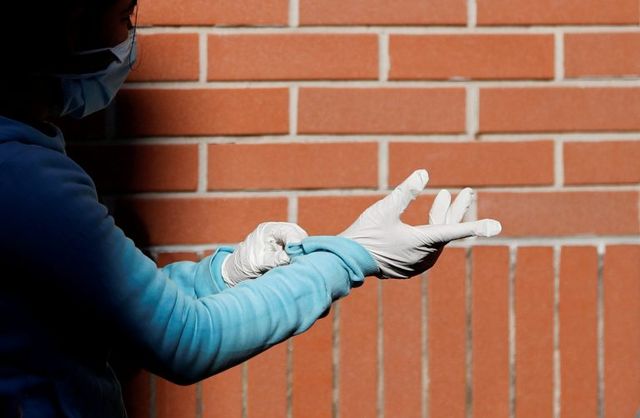