What if we could get the employee's shipment to their new home in half the time while also reducing costs? That could also lead to fewer exceptions for situations right now that are being created by a shortage of drivers!

The global shipping disruption that is currently underway is unprecedented, as there are shortages in people and products as well as an increased demand for goods. Many costs are going up, but sea, air and land freight are being hit the hardest. We have come to realize that global supply chains are long and have been disrupted by COVID-19 surges and the ensuing labor shortages in locations around the world. We recently looked into some of these issues in a little more detail as we asked, "Will supply chain challenges get fixed in 2022?"

In this article from IHS Markit, they share that according to an October 2021 estimate by the American Trucking Associations, the shortage of truck drivers in the U.S. was at an all-time high of 80,000. The shortfall might increase to more than 160,000 drivers by 2030, according to the industry body, due to an ageing workforce and an expected freight increase. But some are hanging a little hope out there for things to improve as we move toward a future with autonomous trucks.

And per this Forbes article, this future may not be that far away! The article states that 90% of long-haul trucking may soon be self-driving and asks whether you are ready to see that 18-wheeler come barreling your way with no driver sitting in it? Automated trucking, especially for long-haul trips, is considered by many shipping CEOs as a huge step toward greater efficiency and improved safety for drivers. Distracted drivers and impaired driving are considered the biggest causes of the increased number of fatalities, which autonomous trucking technology is expected to solve as the systems provide a 360-degree view of the surroundings, process more information and react faster compared with a human driver. As of now, there are regulations that limit human truck drivers to eight hours of work before taking a break — and no more than 11 hours daily — so they can rest. The article explains that automated trucks have already been tested on public roads in the U.S.

So wait, how long before this starts to "be a thing?" Well, the use of self-driving trucks is still relatively limited to the Sun Belt states, as the technology isn’t so good in bad weather — such as intense snow and fog. On top of that, many fear the elimination of jobs, so that will also need to be addressed. That means realistically, it will be years before drivers are completely absent from behind the wheel of 18-wheelers, experts tell Fortune. Because of technological limitations, human truck drivers will still have some role.

While it may be a little longer before these trucks help our situation in global mobility, I smiled to see reference to another company that goes by the moniker of "Plus." Plus (formerly Plus.ai)  has a product called PlusDrive. They are one of the frontrunners in the race to deploy full, scalable autonomous truck technology. In 2018, Plus completed a pilot test of its new system at one of the world’s largest ocean ports in Qingdao, China, without a driver in the seat. As they continue to get to Level 5 autonomy, they feel they are getting seriously close on that side but recognize that it may be harder to get over the other hurdles of regulation and social acceptance. They are feeling that by as early as 2024, they will have billions of miles for testing and analysis that will help everyone move forward confidently to make this a reality.

I asked Kevin Amatucci, vice president of operations at Arpin International Group, when he sees autonomous trucks having any impact on HHG shipments within our industry. He responded, "I think it's reasonable in the standard freight business, you could see companies beginning to employ a level 4 or a level 5 (fully autonomous) technology in the next three to five years in the marketplace. Where very large freight carriers are actually using it to move everyday goods. However, I don't think it's going to help the van lines for HHGDS for a very long time, maybe not even in our working lifetime because operating in any residential neighborhood it's probably going to require a lot more research and technology for trucks to navigate. I would also not be surprised if government regulations restrict them to major highways for quite a few years once they're deployed."

The logistics industry is going through profound changes with digitilisation and other technological advances that have the potential to decrease substantially the cost of transporting goods over land. Although autonomous passenger cars are receiving the most attention, autonomous technology is expected to have a greater impact on the global trucking and logistics industry. Autonomous trucks are gaining a great deal of traction in the transportation industries because of a growing shortage of drivers, improved efficiency, and increased safety. 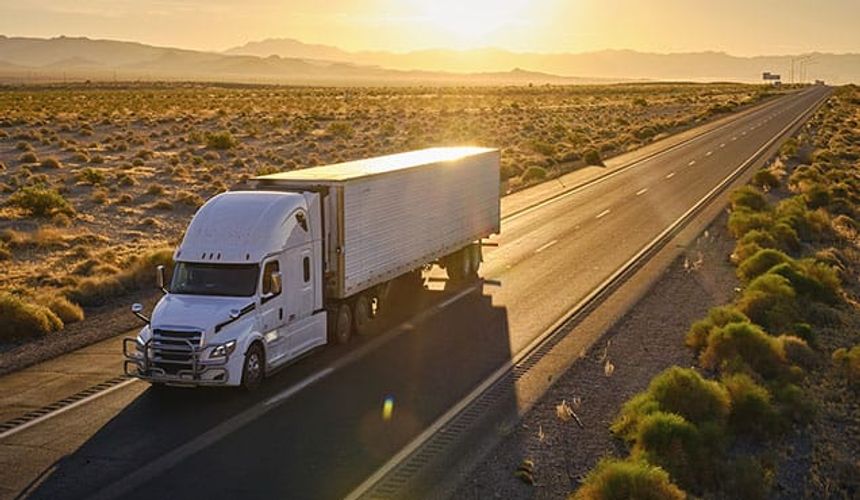 90% of long-haul trucking may soon be self-driving. Are you ready to share the road with an autonomous 18-wheeler? https://t.co/w7720euOwD

Autonomous trucking could see a boost in funding and usage if the trucking labor shortage continues. https://t.co/1HPsk2v6Jo pic.twitter.com/Ze8nWyPX1O

Are driverless trucks the future of shipping?@GadiNBC meets Boris Sofman, Waymo's head of engineering for trucking, to hear about its test program for self-driving semi-trucks. https://t.co/KgXbJFqtP9

Trucking, like any other industry, is experiencing changes and shifts sure to impact its future. Truckers and those considering a career in trucking should be aware of these trends shaping the industry in 2022 and beyond:https://t.co/pgrbPRF2Ug pic.twitter.com/nKt1oiYMnt