By now you have probably already heard about the possible U.S. rail strike and the potential upheaval it could cause to the overall economy. A temporary agreement has been tentatively reached, which alleviates some fears, but mobility programs have plenty of other concerns to keep an eye on when it comes to household goods shipping. There are port strikes in the UK, port congestions in Germany, Canada, Italy, the Netherlands (and on and on), plus ongoing Covid lockdowns in China.

Looming rail strike in the US: U.S. freight railroads had been preparing for a possible strike to commence on Friday, September 16th. While that gets delayed with the temporary labor agreement, a strike would impact all the major rail operators, many of which were taking action to prevent back logs in certain areas. In light of this, the railroads began to reduce service effective Monday, September 12, 2022. Our global supply chain team and our shipment partners have been working hard to assess and predict the potential impact of this potential rail strike on household goods shipments.

When it comes to global mobility programs, rail is sometimes used for international shipments which have a final destination further inland. Obviously, a strike could directly impact those types of shipments, potentially creating delays. The majority of HHG shipments are moved by truck (not rail) for U.S. domestic relocations, but if rail shipments stop, truck freight could be strained due to the extra cargo volume. This could impact the availability of freight carriers, who may need to hold containers at origin or divert them to other rail yards for longer storage periods.

Per an Interconex News Flash, were a strike to occur, we can likely expect delays on truck shipments within the U.S., since truckers will be handling movement of rail car freight as well as their normal land cargo. Additionally, many shipments of new dealer-bound automobiles are also coordinated by rail, potentially disrupting auto shipments by truck as those trucks then work to take all those new cars to dealers, leaving fewer trucks available for relocating employees' vehicles. Costs could go up, availability will likely be challenging to accommodate changes, and delays are extremely likely.

Port strikes in the UK: Workers at Britain’s biggest container port Felixstowe plan to stage a second eight-day strike over pay. The strikes are planned from Sept. 19 to Oct. 5 after port workers voted by an 82% majority to reject a 7% pay offer, the union said in a statement. First in Liverpool, which is expected from September 19 to October 3rd. Then in, Felixstowe, which will begin on September 27, and run for 8 days to October 4.

Port Congestion (everywhere?): Per our friends at Champion International Moving, there is quite a bit of port congestion causing delays and an increase in "dwell times".

Canada - The ongoing Port congestion at all Canadian Ports continues to deteriorate with no improvement in site for the short term. Container dwell times are reaching record levels at several ports. The average dwell time at Canadian ports is at 9.52 days. CN Rail will be taking steps to restore some fluidity in the network with the establishment of multiple relief container yards. The selection of containers to be moved to these relief yards remains solely at the discretion of the rail carrier. As of Tuesday, August 9th, CN Rail has started to apply a fee to shuttle containers over to these nominated relief yards. Be prepared to experience some delays in the availability of import cargo arriving in all Canadian locations.

Germany - Port congestion continues to build at the German ports of Bremerhaven and Hamburg over the past few months. In these hubs, the 60-day average ocean dwell times (across imports, exports, and transshipments) are at 9.3 days and 9.5 days. Germany is also currently experiencing a truck driver shortage. It is estimated that the country’s current shortage is between 80,000-100,000 truck drivers.

Italy - Most of the Italian ports are congested and there are delays in the import process as well.

Netherlands - The port of Rotterdam is seeing major congestion. The yard situation is stressed due to a lack of import pick-ups.

Just as we come to the end of peak season, there could be some lingering cost and timing issues, particularly in the areas mentioned in the above. Specific concerns, feel free to contact your direct partners or let us know if you have any questions!

New York CNN Business  —  A freight railroad strike, and the economic upheaval it could cause, is getting closer and closer to reality. While two more rail unions reached tentative agreements with railroad management on new contracts Tuesday, the two most important unions — representing the engineers and conductors who make up the two-person crews on each train — remain at loggerheads in negotiations. If they don’t resolve their differences, the first national rail strike in 30 years could start early Friday. Those engineers and conductors unions represent roughly half of the more than 100,000 unionized workers at the nation’s major freight railroads. Without them on the job those trains will not run, nor will many commuter and Amtrak trains that run over freight rail lines. Indeed, Amtrak has already suspended some of its routes. 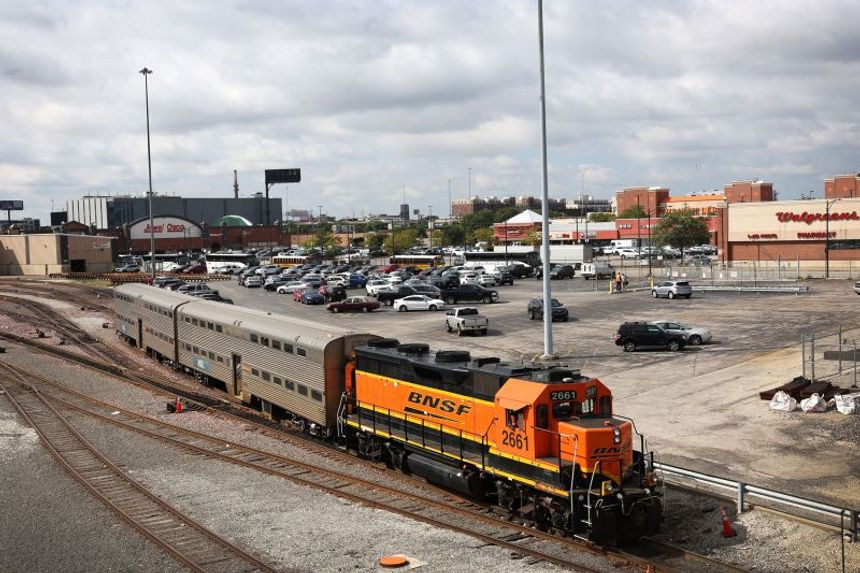 A freight railroad strike, and the economic upheaval it could cause, is getting closer and closer to reality. https://t.co/VWOjDinLC5 pic.twitter.com/aqYOQGmh4u

Please be aware that there is planned strike action at the Port of Liverpool next week, with further strike action to follow at London’s Felixstowe. GMS working hard to minimise the unavoidable impact that this will have on imports and exports to the UK - https://t.co/DkEcxOT8kD pic.twitter.com/fC8F6gugb2