The last time I wrote about Brexit in January, the United Kingdom and European Union had just officially completed their split, and the two sides were working “toward a memorandum of understanding” for financial cooperation in the years to come.

While a draft memorandum was completed by the end of March, the parties have yet to sign the document, and even when they do, it will only establish a “voluntary regulatory” framework. In short, don’t expect any neat and tidy resolution to the open questions about the future EU-UK relationship. Like with many things in geo-politics, there figures to be some level of complexity and uncertainty for years to come.

That doesn’t mean London is in a bad position, however. According to Eliot Wilson, cofounder of the Pivot Point consultancy based in the city, it’s quite the opposite. He writes that London is “firmly open for business” and is a “thriving center for the tech industry.” He added that political leaders envision London as a “free-market, light-touch-regulation, agile trading hub” in the mold of Singapore.

Can London thrive in the midst of ongoing uncertainty when it comes to its relationship with the EU? From Mr. Wilson’s point of view, the answer is a firm “yes.” For businesses with mobility activity in the UK, this should be promising news — and for organizations that don’t currently have a London presence, it might be the perfect time to open up shop.

At the same time, as I noted in my piece from January, locations such as Dublin, Luxembourg, Paris, Frankfurt and Amsterdam are in a good position to secure a bigger piece of the business pie in Europe with London no longer in the picture. As we continue to battle the COVID-19 pandemic and see mobility activity pick up, businesses will have plenty of good choices for where to send people in the region.

Early predictions of the collapse of UK financial services have been proved wrong. Fund managers are looking at new regulation changes; the overall European market is fracturing among Amsterdam, Frankfurt, Dublin, Luxembourg and Paris; and current estimates are that only 7,400 jobs have been relocated from London to other European centers. London is firmly open for business, and that is a message emanating from the gleaming towers of the city, the corridors of government and the flashing screens of the stock exchange. There is a sense that anything is possible. Anyone who works in business or finance should prick up their ears, and maybe look at upcoming flights to London. 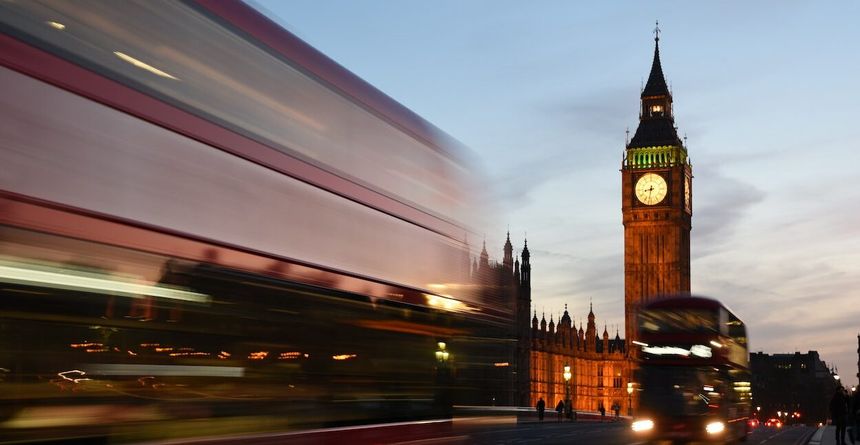 Inside the UK’s Post-Brexit Economy: Why Investors Should Have an Eye on London https://t.co/CCW3s59q8P

London is firmly open for business, and that is a message emanating from the gleaming towers of the city, the corridors of government and the flashing screens of the stock exchange.https://t.co/GPp3OaNh4o pic.twitter.com/0qpMM9rZha

ICYMI: The pandemic is not over but the end is in sight...right?
Chris Pardo